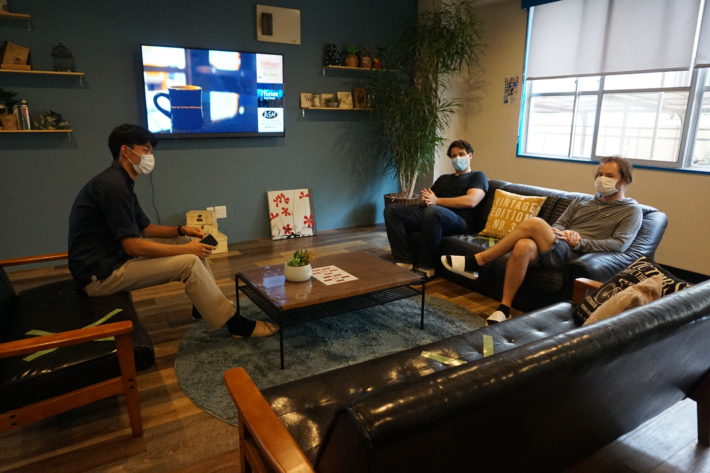 The other day… There was an interview with TV Asahi. We also interviewed the residents!!

The theme of this interview is

Share house life in Japan. How do you live in a Corona situation. what you are careful about, etc.

This time, we cooperated with the interview

Mr. Daniel from the United States. 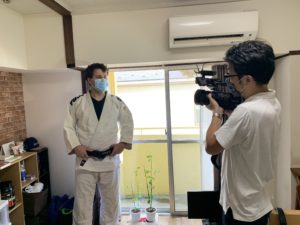 Since I came to Japan on a trip before, I fell in love with Japan and came back to Japan around September last year. I am working for an IT-related company and now I am doing remote work at home due to the influence of corona. Judo suits look good ^^

Another person cooperated with us for the interview Mr.Simon from Sweden. 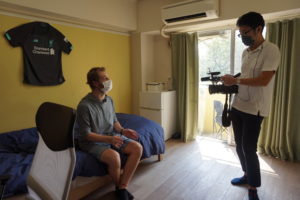 He is a student of a Japan-US affiliated university. There is a campus in Japan. He came to Japan around January of this year. He used to live in Japan before,so his Japanese is very good. His hobby is watching football and he is a big fan of the English team Liverpool. A uniform is also displayed in the room ^^

Asking about this theme… To live in a share house in Japan, live with a Japanese person and have them speak and teach Japanese on a daily basis. On the contrary, I can interact with other cultures, such as teaching English, and I get to know foreigners who are coming to Japan from overseas and are working hard. It’s the first time I’ve been to a share house in Japan, and it’s a lot of fun! I was talking. Also, this time, due to the influence of corona, Mr. Daniel and Mr. Simon who became remote at work and school at home. I always said that staying at home was difficult, including the period of self-restraint, but with a resident who is doing remote work together. We talk a little during lunch time and encourage each other to rejuvenate and relieve the stress of corona. The form of interaction that can be done because it is a share house, the good point of the share house!

In addition, for things to be careful about when living in a share house in Corona, you should wear a mask when using a common area such as a living room or kitchen, disinfect with some alcohol disinfection in the property, hand wash etc. Infection prevention. He said that because he is a group life, he is careful not to be crowded in the living distance and other common areas as well as social distance. 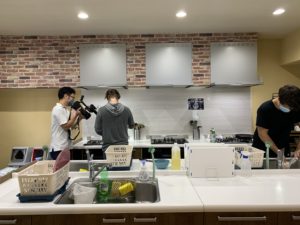 Both of them did not use English until the end and worked hard to speak in Japanese.

Thank you so much for your cooperation in the interview!!