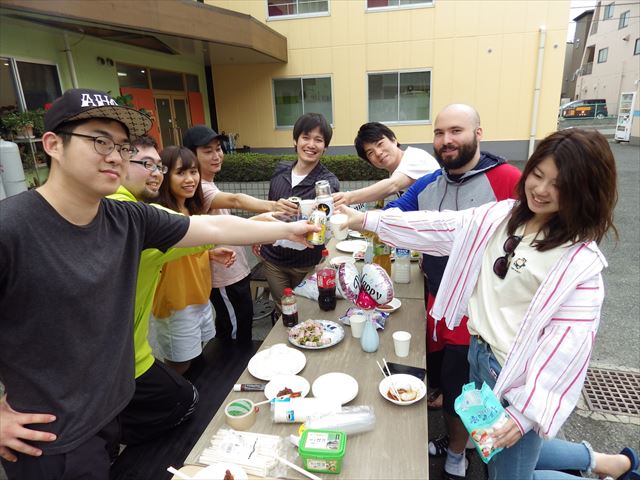 It is “Reiwa” era finally! (There are uncountable eras in Japan)

Since everyone told me that they wanted to do BBQ!

This time, I’ll report the small party with at-home atmosphere!

Not only current residents but also ex-residents came and joined this party. Welcome back!!

They helped me a lot to buy foods and drinks, and making fire. Thank you!! 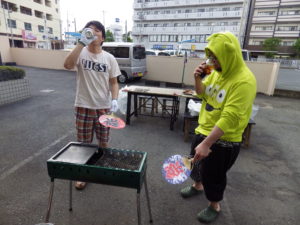 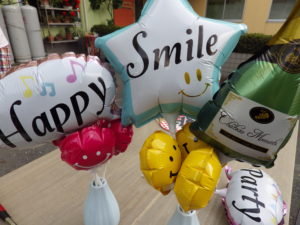 I prepared not only meat and vegetable as usual, but also seafood!! 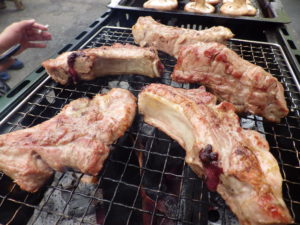 Drooling does not stop…

A Korean resident gave us some spicy miso so we tried it.

It was little spicy so good for this season!! 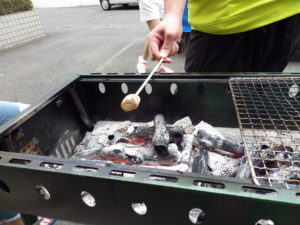 They bought marshmallow because they wanna eat. 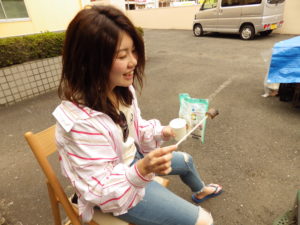 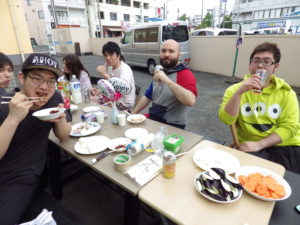 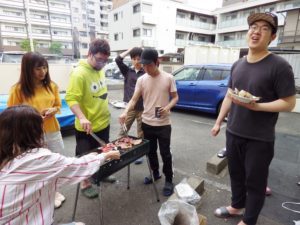 While we were eating, we heard the thunder and rained a little bit. Hurry back to the house inside!!

It was raining hard after we escaped so it was a good timing.

We still have something that we haven’t eaten. This is baked noodle which is called “Yakisoba” in Japanese, one of the traditional meals at BBQ. 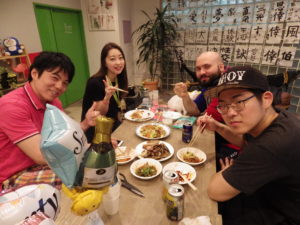 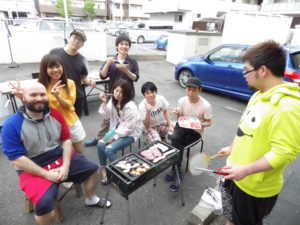 I really appreciated that everyone helped me again!