share house in Japan, Tokyo. [interwhao] > Happiness Report > party / event > Clear your mind of all mundane thoughts, and you will find even fire cool

Clear your mind of all mundane thoughts, and you will find even fire cool 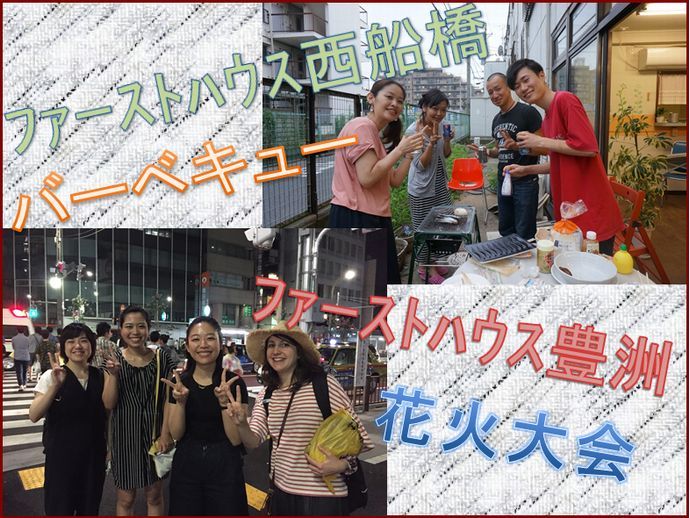 Well, well, the season is definitely summer. The summer is both the active and rest season.

So I’ll report two sharehouses’ events which were held by residents.

Isn’t it nice to see two sharehouses at the same time in one column??

“Firsthouse Nishifunabashi” is with the huge and spacious living room. This living room is next to the yard, so we often see residents’ taking in the living room and the yard.

Today, here would be the event place. Exciting! 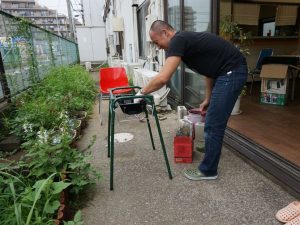 Recently, they label me as “party people” But I knew that there are many people with higher level. Residents gathered gradually. Some residents appear before the party began, and some residents joined suddenly. 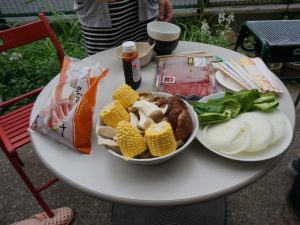 It takes time to light the fire but I would like a coal rather than electric plate. 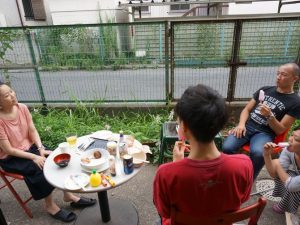 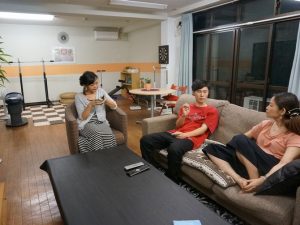 The sun is going down… 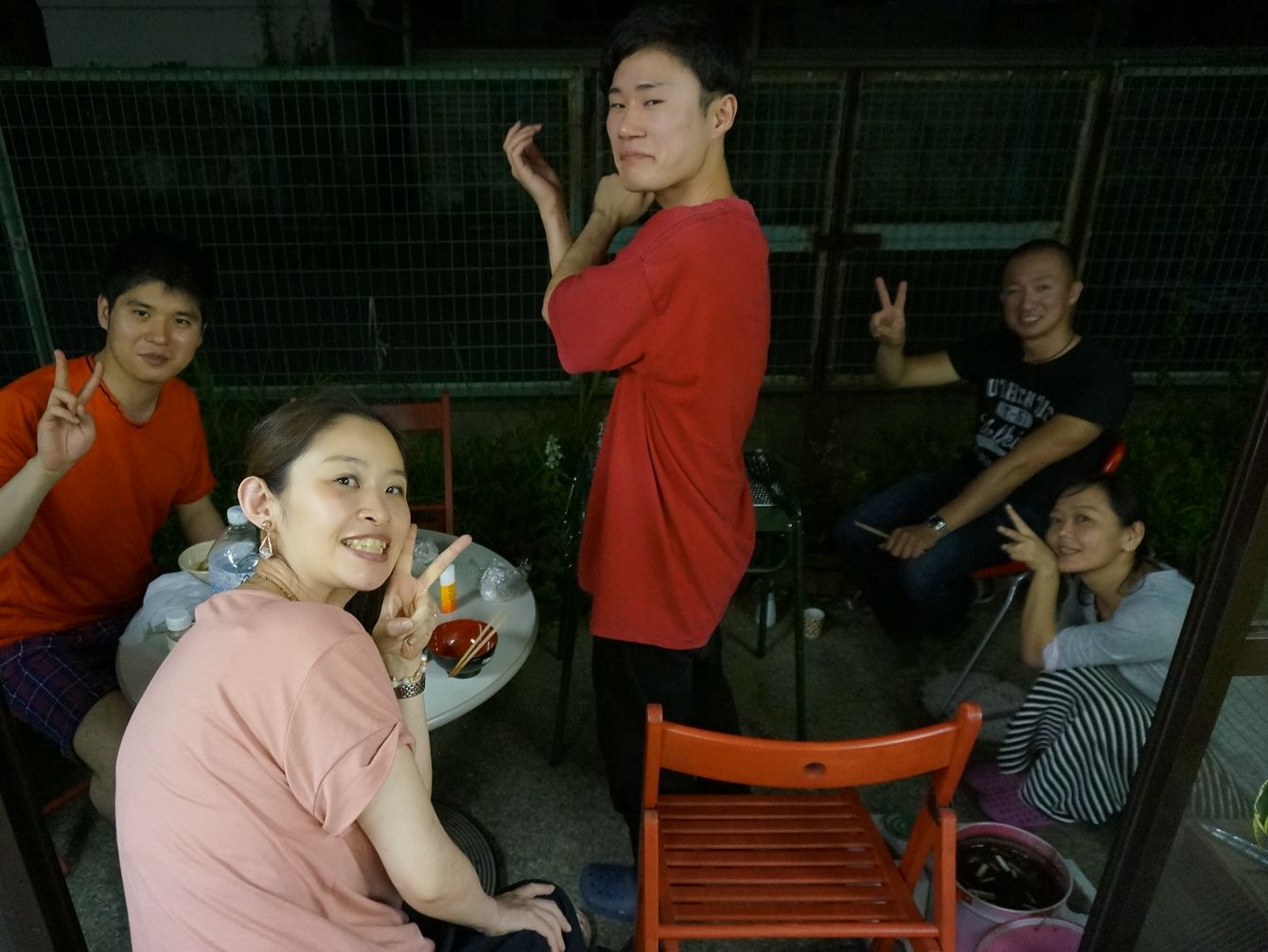 Residents who came home late from work joined the party later, and it has lasted till late night. 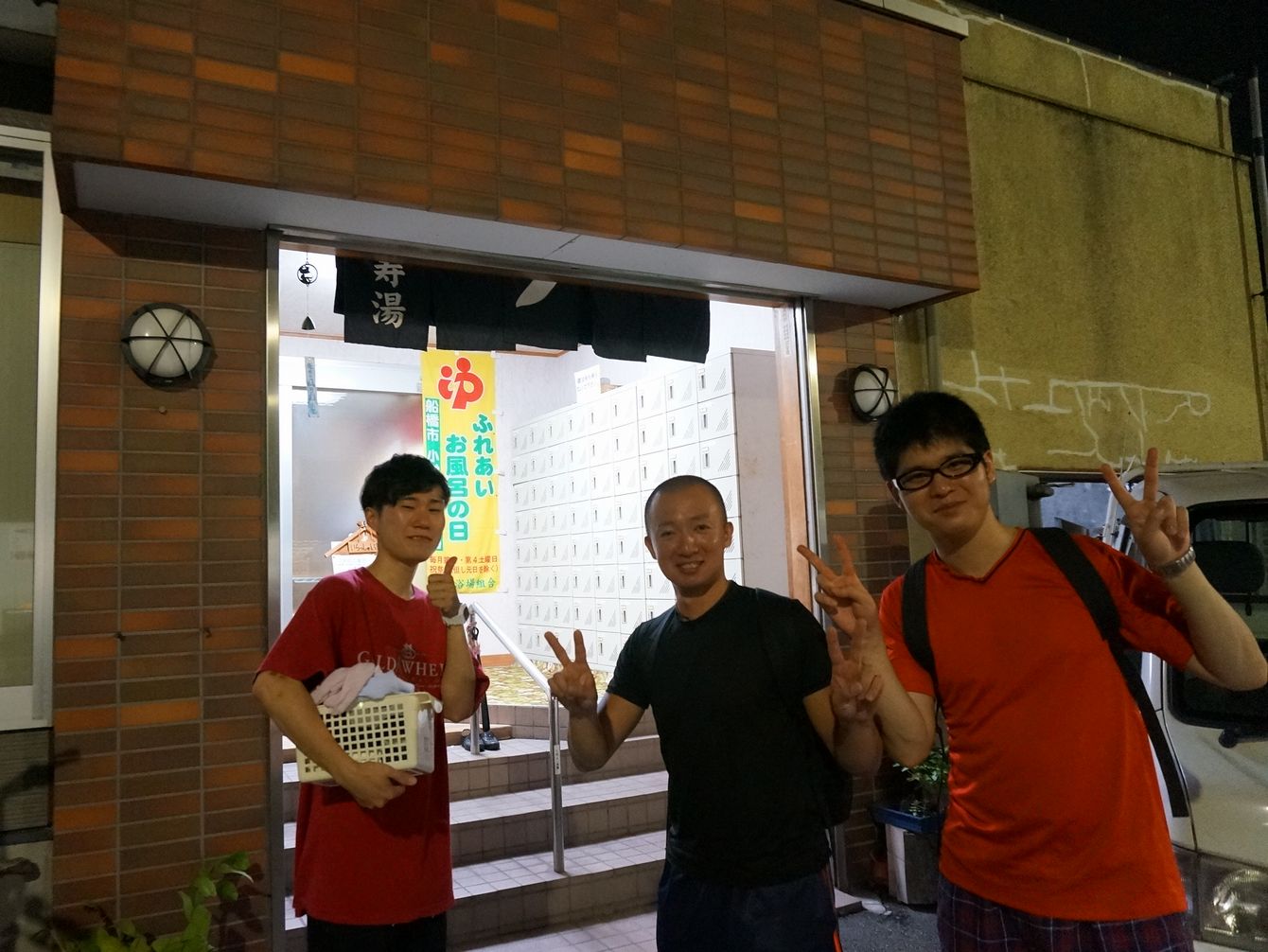 Drinking milk after taking a public spa is the Japanese traditional way.

I’d appreciate that residents talk to me as friends, not a house manager. Even if you feel lonely and alone, or have trouble with relationship or work, etc…, there must be somebody in the house when you come back home. Supporting each other in proper distance is one of the best parts in living in sharehouse.

I and residents are looking forward to seeing new sharehouse mates!

★Going to Firework Event with the residents of “Firsthouse Toyosu”!

I went to Firework Event in Sumida River with the residents of Firsthouse Toyosu. 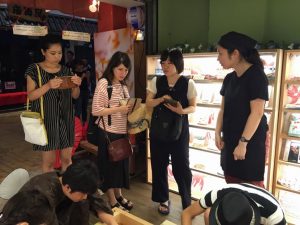 Residents who enjoy the street foods and goldfish scooping.

It’s kind of rare for residents to see this Japanese style event. This is the first time to try goldfish scooping but she got one!

I advised her that she should use the snap of the wrist, and she followed my advice. I’m happy too! We went to Sensouji (Sensou temple). Firework event is much more crowded than “First Visit to Shrine”

First Visit to Shrine—-Many Japanese people visit a Shinto shrine during the first three days of January in order to make traditional New Year’s wishes for health and happiness. This is called Hatsumode, the first visit to a shrine. 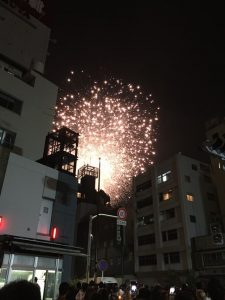 Firework between the gap of building!

People applause every time they see Firework in the air. So nice and romantic. This is Summer!! Looks like they were having fun. This time, residents and ex-residents participated in this event.

And then, these great ladies plans to have Taiwanese and Italian cooking party! I will go with Miso soup… You can invite friends and family, please make use of entire kitchen and living room.

There are currently a few vacant rooms in women only floor.

Let’s join the next international party!