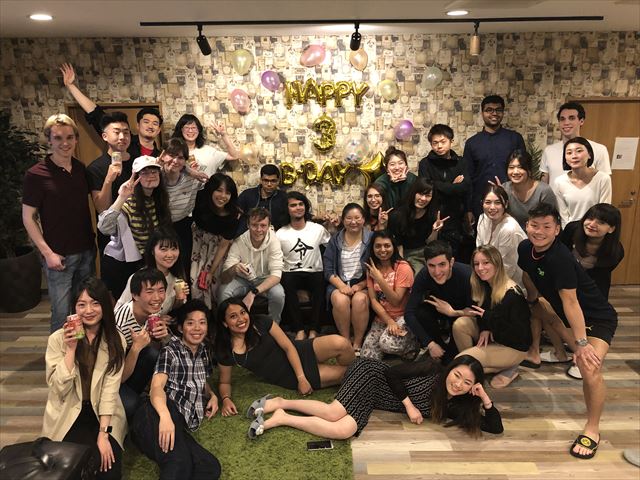 Firsthouse Miznokuchi 100+a had “3rd year anniversary”  so we held the party for celebrating and giving the appreciation to residents! 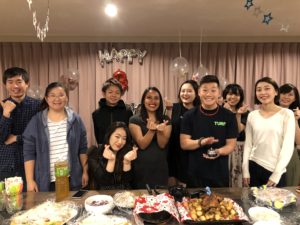 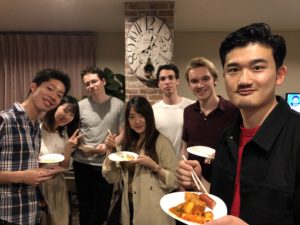 From earlier time, residents helped us preparing the decoration and cooking, so we have done the setting up quickly! 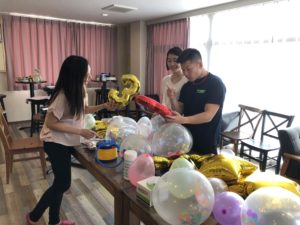 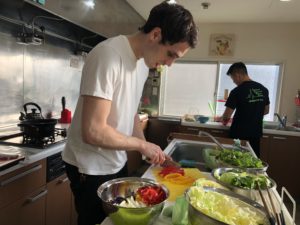 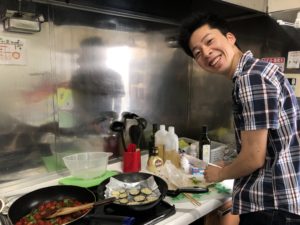 Thank you for you guys! 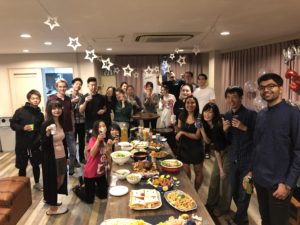 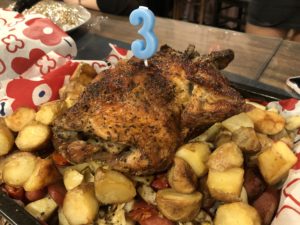 This time, we bought the chicken at a certain store in front of Takatsu station in Tokyu Denentoshi Line.

Because I said we gonna have a party, the store person gave us lots of potatoes! How nice! 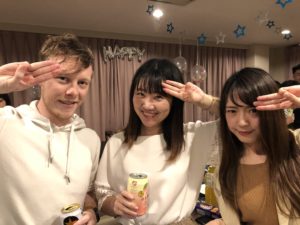 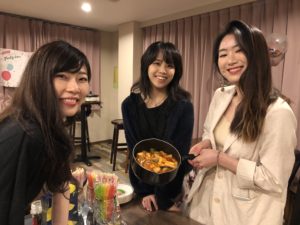 This sharehouse with lots of people from all over the world.

Some residents are chefs and good at cooking Italian, Spanish, and Korean meals. 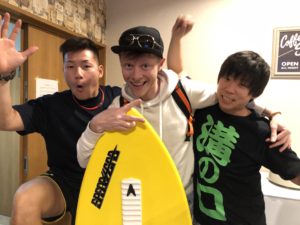 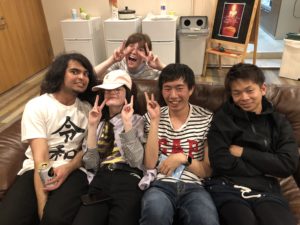 More and More people were gathered and they started drinking, eating, singing, and dancing.

So the party livened up!!

There is a birthday girl, so everyone sang the birthday song. We played some games and the house manager was in trouble with having punishment game… 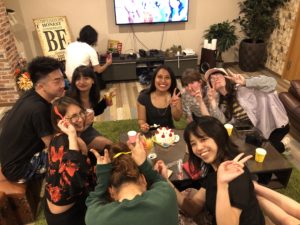 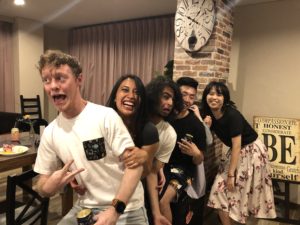 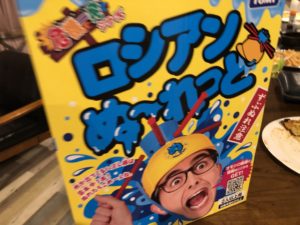 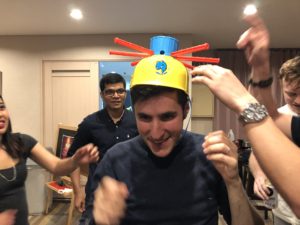 The house manager has manages this sharehouse for 3 years so she was like a mother of this house but she felt that it has become a nice sharehouse thanks to everyone’s cooperation for us. 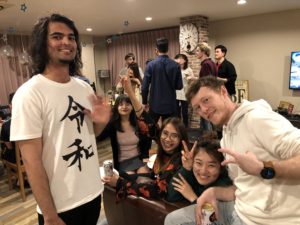