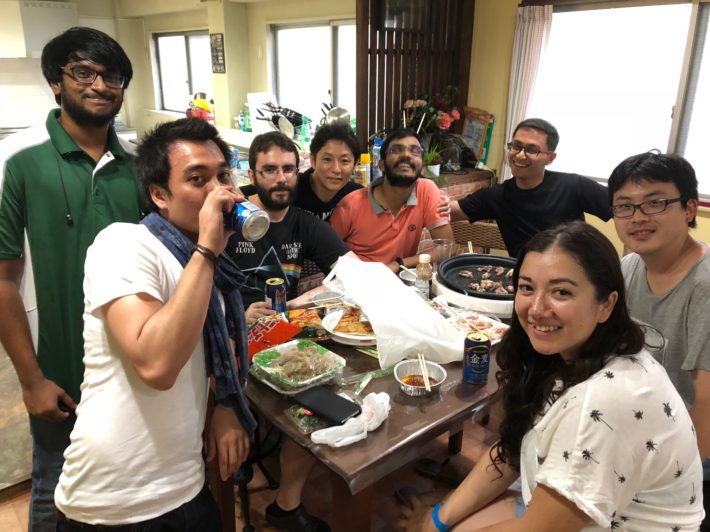 Ah~it’s been hot in Japan…

In addition to that, our residents are excited because….

Residents wanted to eat dinner together!!

This time was Firsthouse Omori that there were new comers to this sharehouse.

Some of residents invited me to this event so I joined as the house manager. 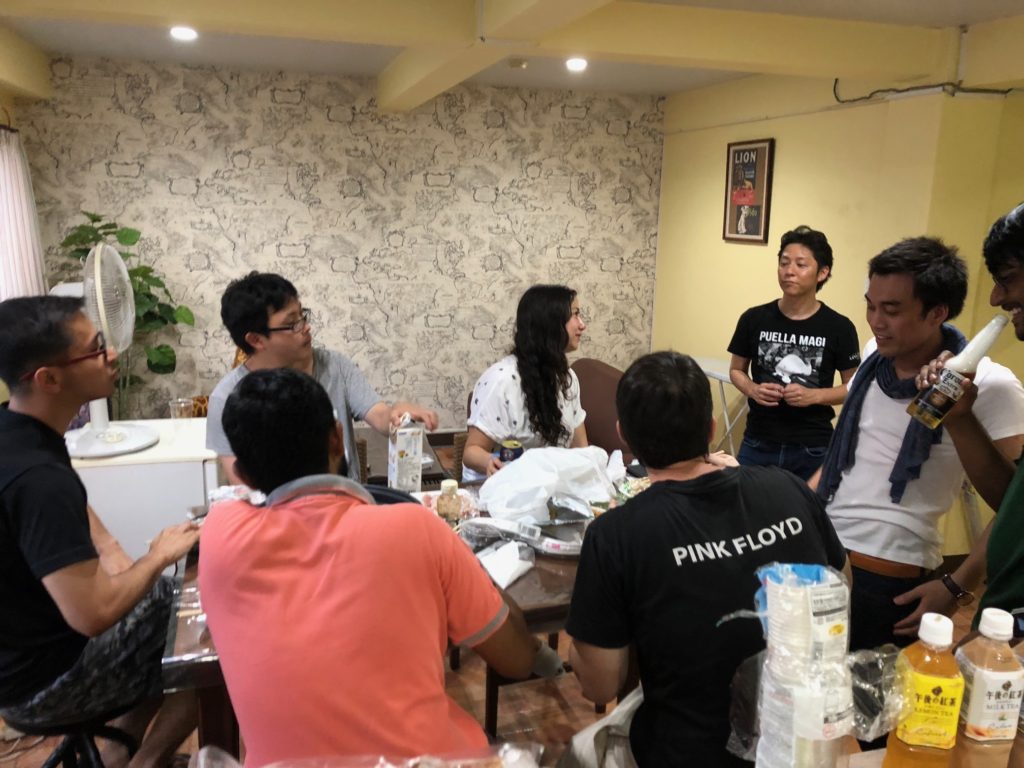 Usually, for the house event held by Interwhao, we prepare foods, drink, snacks, and so on but this time was held by residents so it was “BYOB”

I didn’t know what to buy so I bought bacon, chicken, shrimp, and sausage. It was like protein party!!

Since residents are young, I hoped that they can eat all.

Residents brought water melon, snack, Japanese sweets, and so on.

One of residents are from Kansai area (The area around Osaka, Kobe, Kyouto, and so on) so he made “Okonomiyaki” which is one of the major Japanese foods. 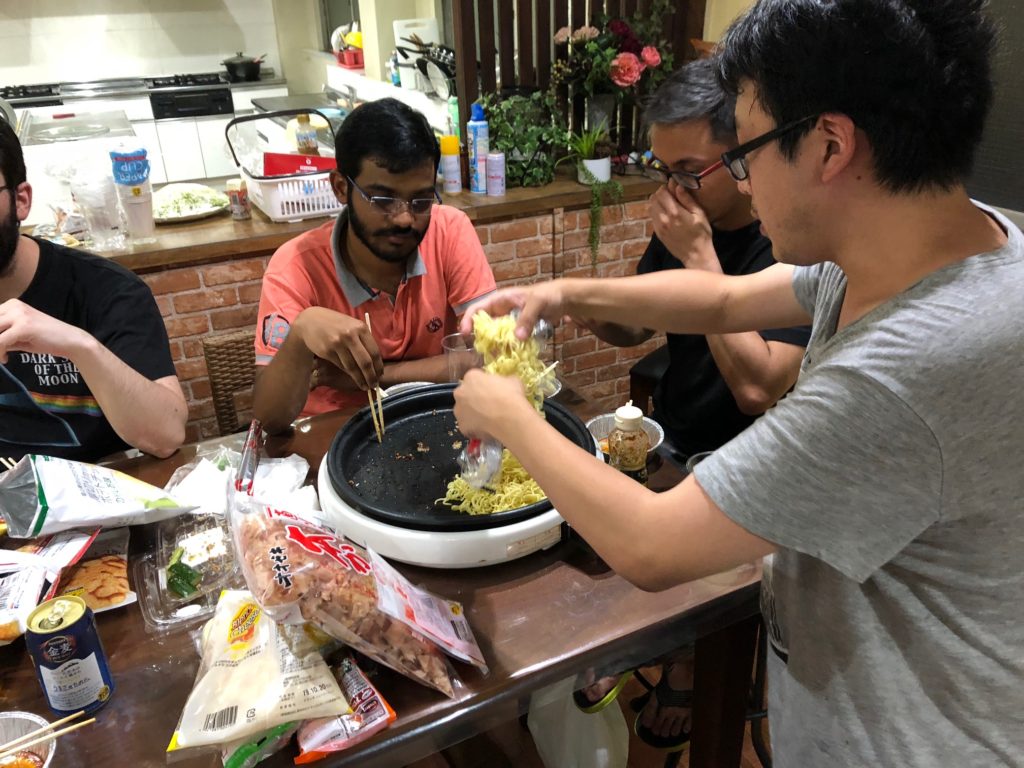 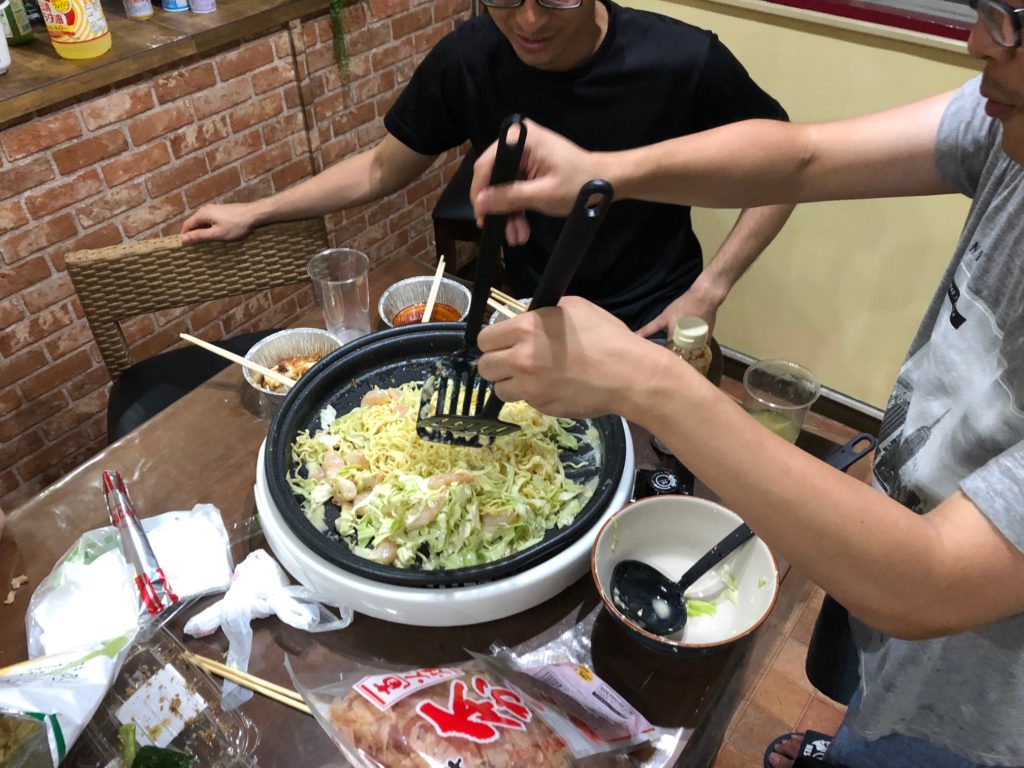 Looks like it’s gonna be nice Yakisoba with vegetable and shrimp. Nice smell! 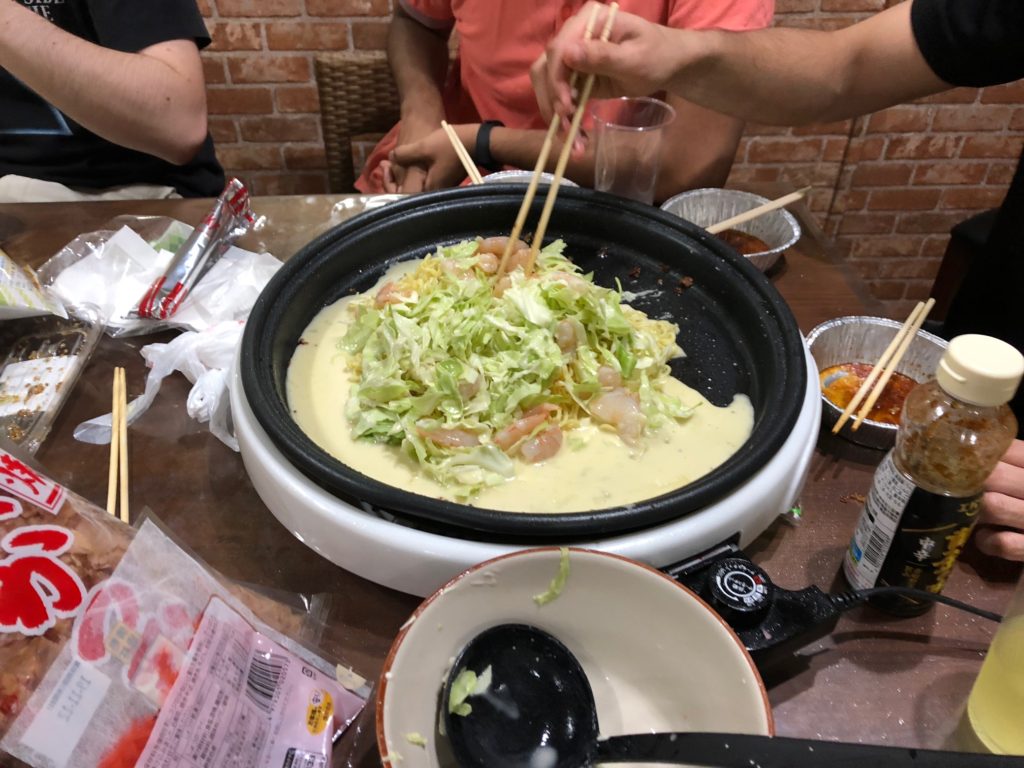 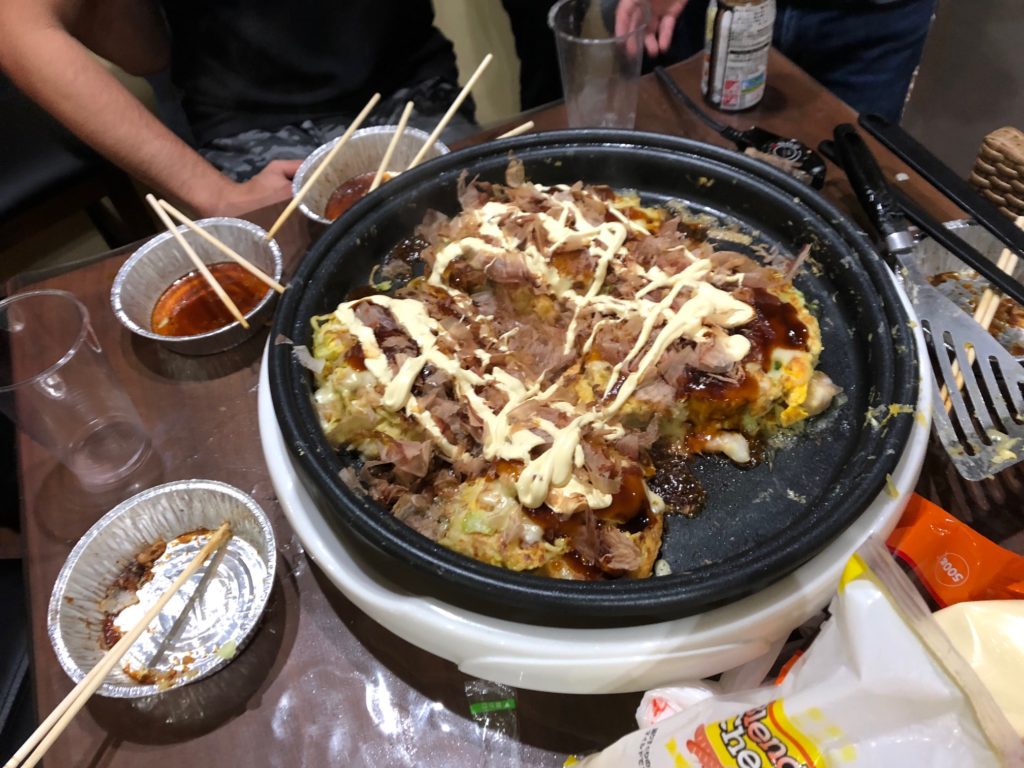 Foreigners in Japan love Japanese foods so Okonomiyaki was eaten all quickly.

I don’t know why but a few residents said “Let’s take a picture with Okonomiyaki!”

People in this picture are not all participants but as you see this, the two-thirds of participants were foreigners. 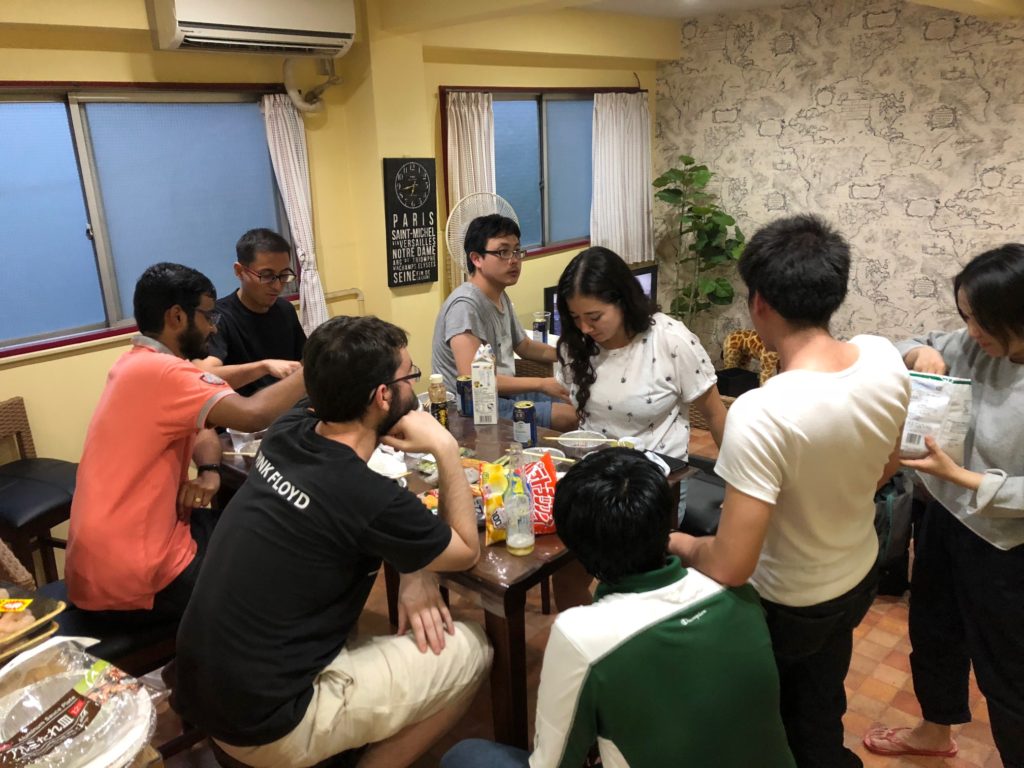 Looks like they had fun and I’m glad to see them enjoying talking and eating.

A few residents don’t like being taken a picture but the number of participants were about 12 persons. 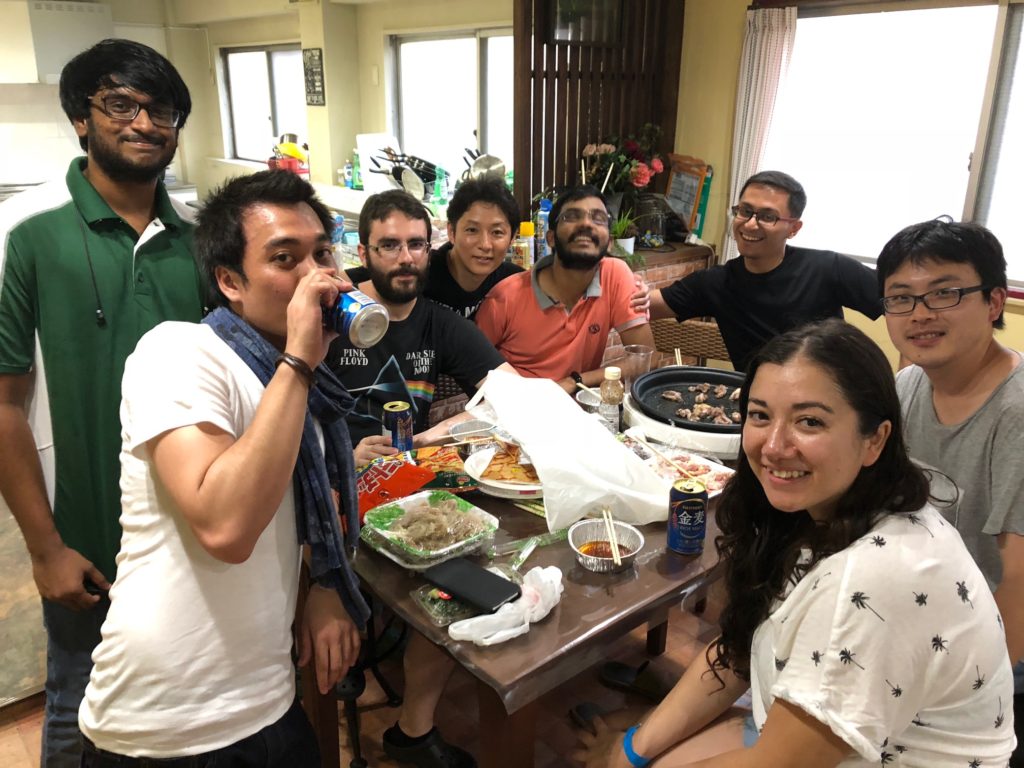 They already said “Let’s do this again at the end of August or next month!”

Again, I’m glad to hear this. We will hold and prepare the party next time!!

I’d appreciate all of you cooperating!