The real summer is almost there! BBQ @Fujigaoka in Yokohama 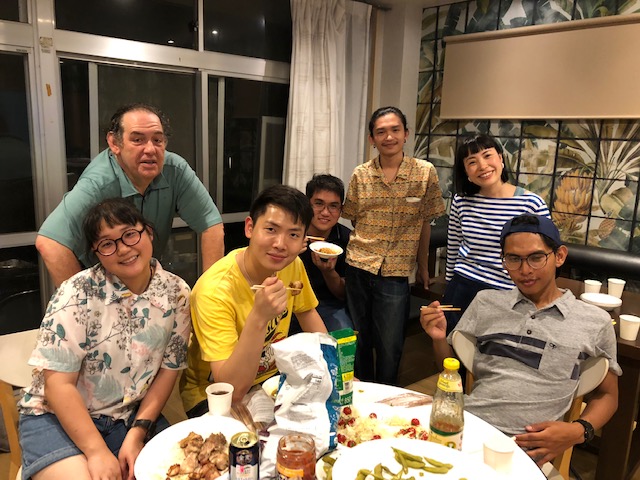 The climate in Japan is becoming almost summer!! Getting more and more humid!

Some of residents asked me to have some parties at the sharehouse.

So I planned BBQ as usual, as last year! 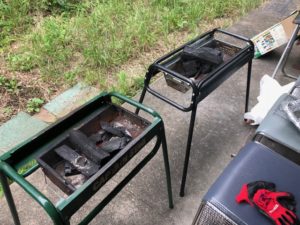 I bought coal and something making it easier to light. So it was a quick preparation. 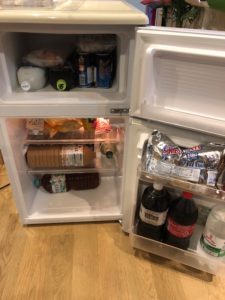 It was because there are various kinds of people from all over the world. So Chicken was the only option to eat in terms of religions.

For alcohol, the reason why I didn’t buy was that most of residents are under 20 years old so they can’t drink alcohol.

During this summer season, many people from other countries are coming to Japan during their holidays at school in their countries. 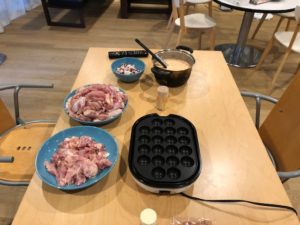 Can you tell the machine in the center of the picture above?

This is Octopus ball machine!! (It is Takoyaki in Japanese, one of the traditional Japanese foods)

Firsthouse Fujigaoka has lots of international residents so I wanted to have them experience this traditional foods to cook! 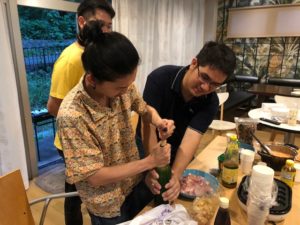 One resident brought Japanese sake to the party!! 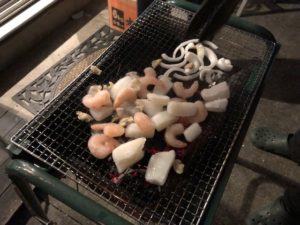 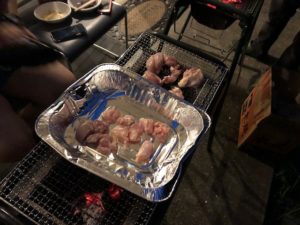 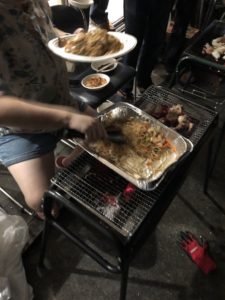 We also cooked Yakisoba (Fried noodle). This is also one of the traditional foods and popular one! 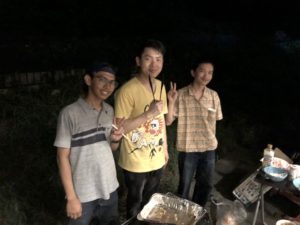 Most of international residents go to Japanese language school and they are learning Japanese.

I decided to hold this party like a few weeks ago, so it was late to announce. Some of residents already had appointments to go out.

Next time, we should have more participants!!