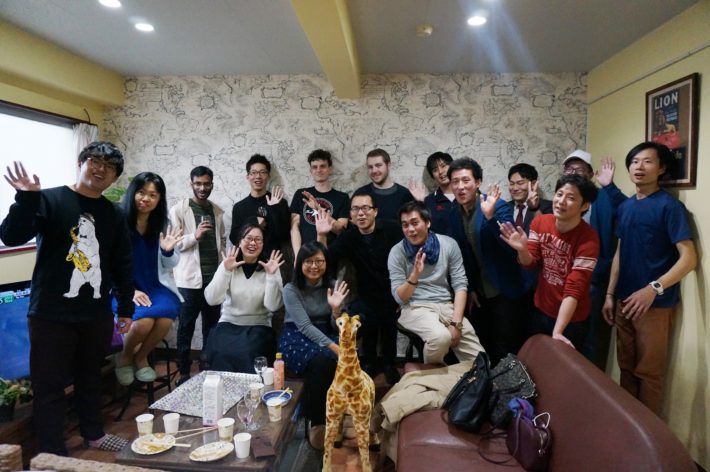 At Firsthouse Omori, 7 min walk from Omori station in JR Keihin Tohoku Line, we held the party for celebrating the renewal of outside wall and common spaces including a few rooms in November 2018!! 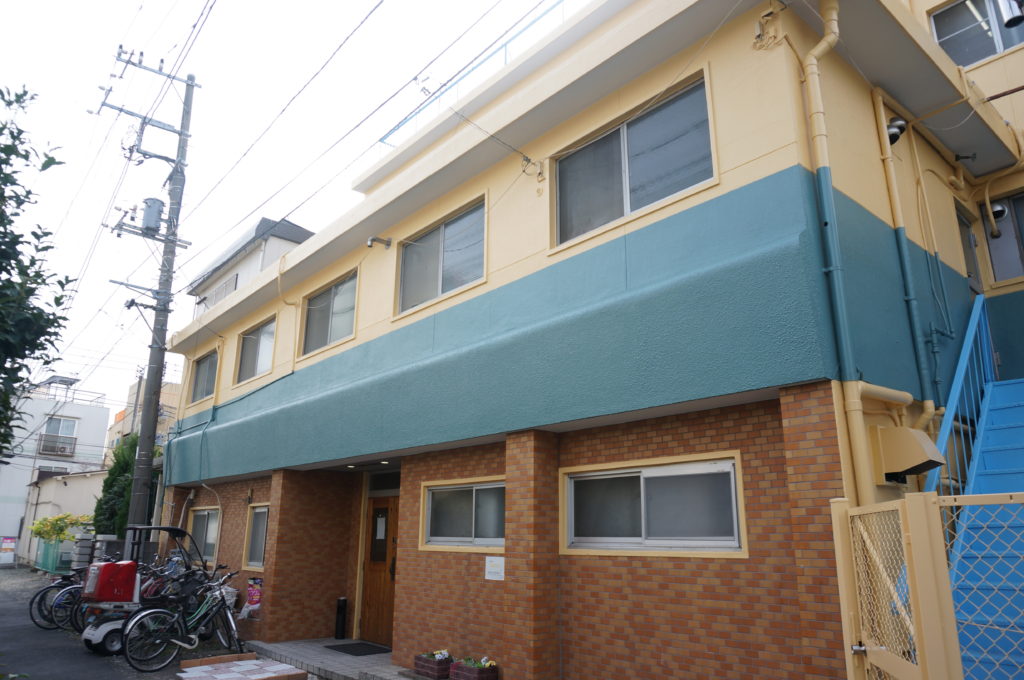 Exterior walls have been waterproofed to allow residents to live safely and comfortably in anticipation of operating and managing for many years to come!

The color is Interwhao’s orange (a little bit of yellow) and green!

Previously it was pure white, so it became really cool! Here is the bathroom and water sink!

Until now the toilet was rather narrow, but the space could be secured more than enough so you can use it more comfortably.

Residents were amazed as well.

By the way, the front door is unisex, the second one is for women, the third back door is our warehouse.

The washroom also has a large mirror set newly so you can do the morning preparations perfectly! It got chic and cool!

Also, since the sound insulation sheet (which has soundproofing effect against sound) has been also installed, it would be the room overcoming the weak point (depending on the property) of the share house such as sound leakage!

By the way, because this room is just in front of the washroom and the equipment in common space is brand new, so you should be able to spend very comfortably!

About to start the party！ 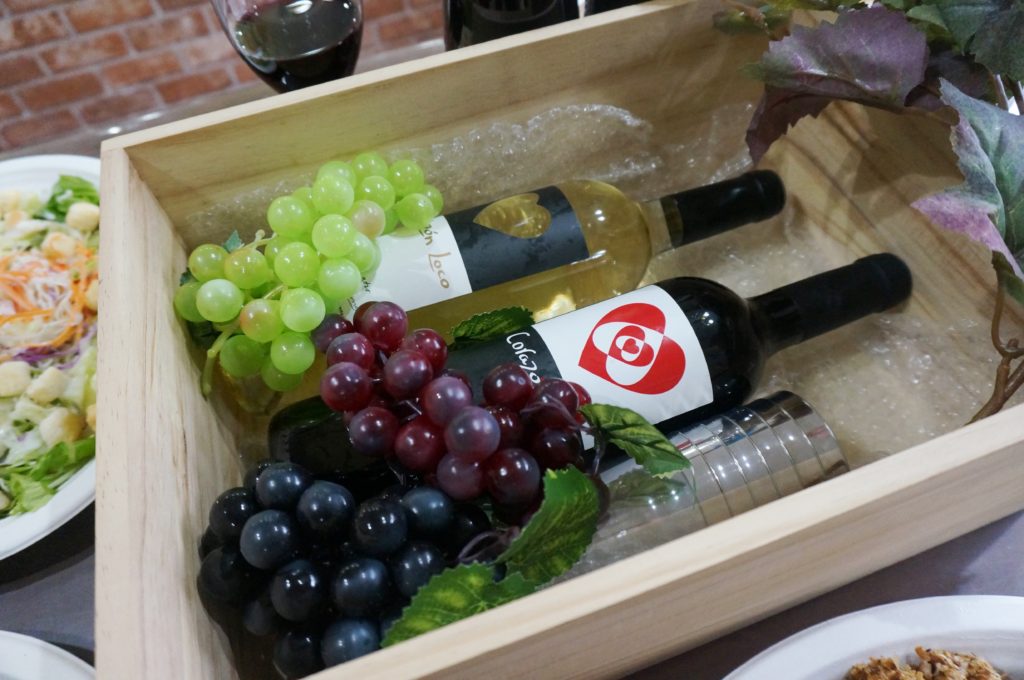 The party was on November 18, but I bought Beaujolais Nouvo which were removed banned on November 15 for this day!

There were a lot of residents who were interested in Beaujolais and so it was worth preparing.

Of course, we also have items that match Beaujolais! This was prepared by Mr. Nagata of Interwoo staff! 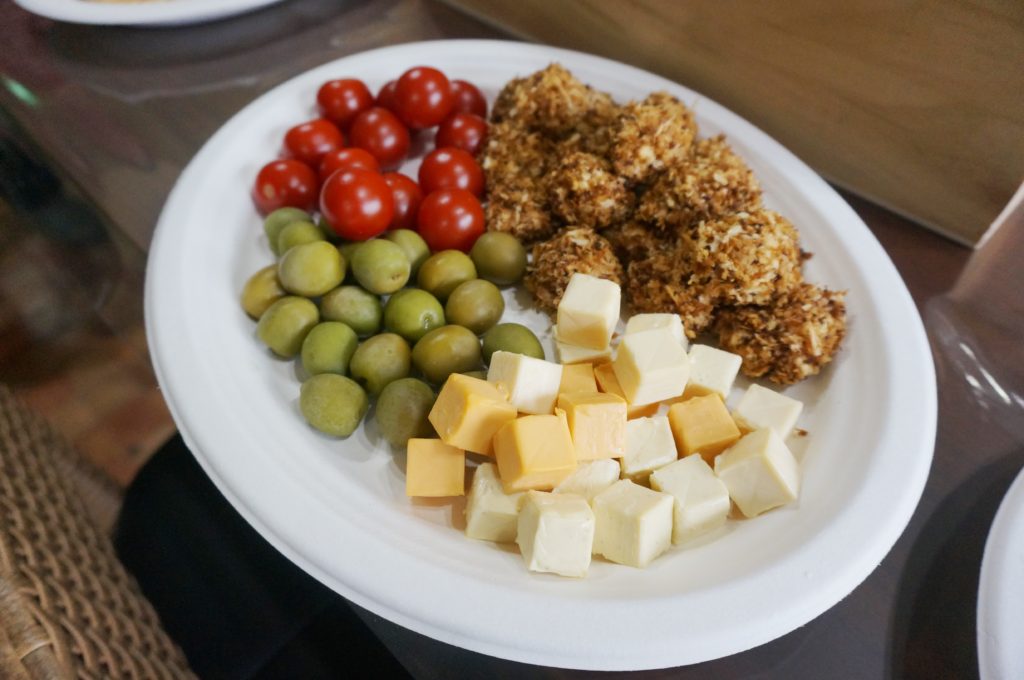 And cheese with wine! Although it is a standard, there is no mistake. 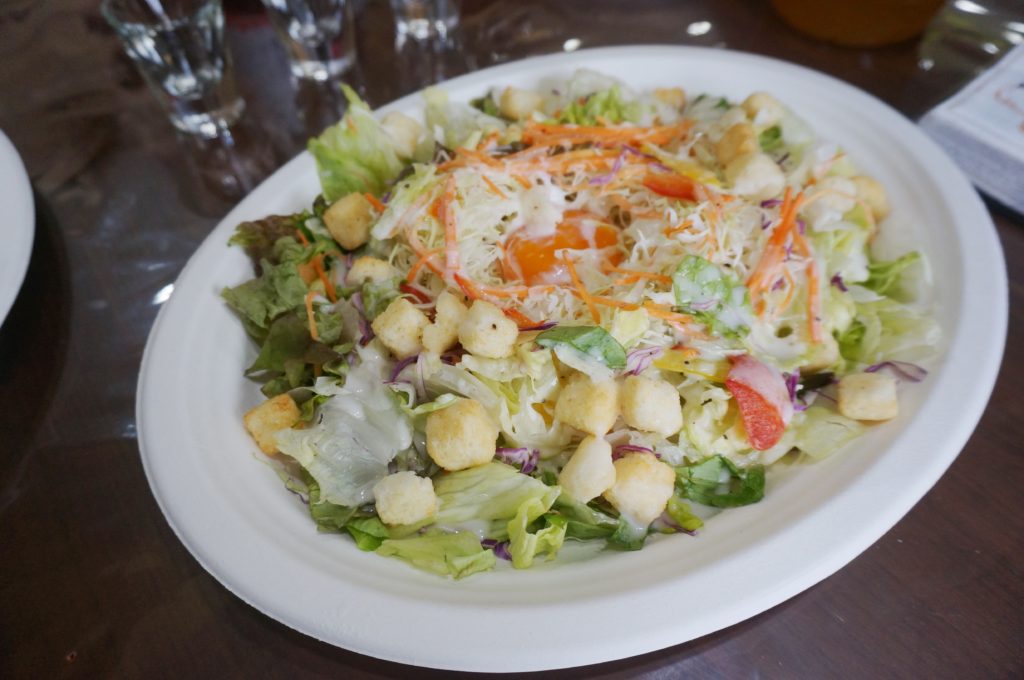 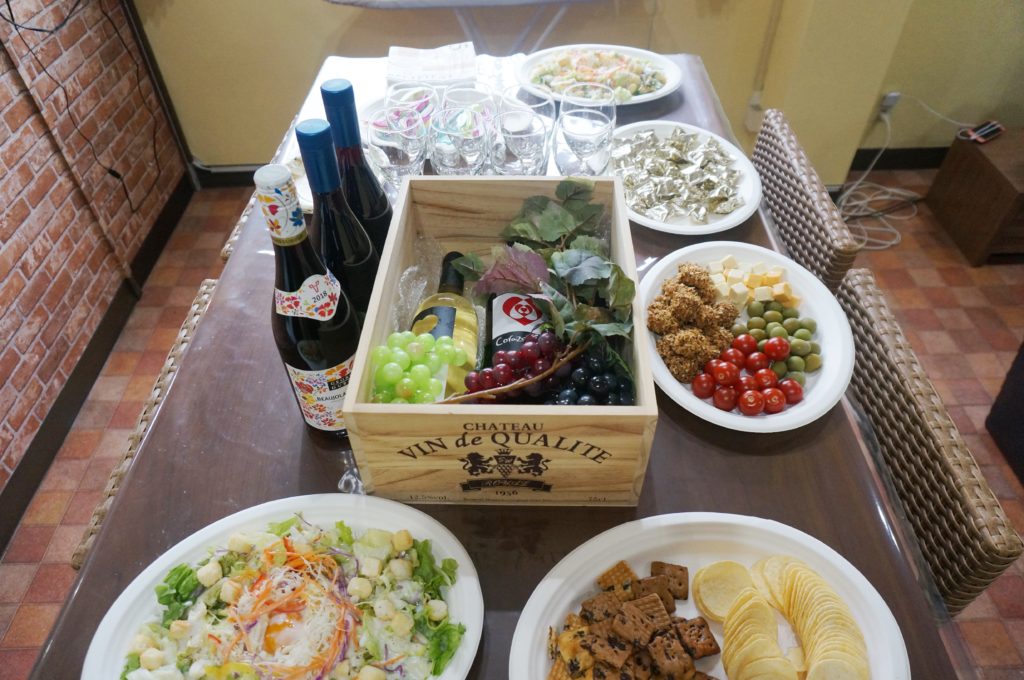 Not only the side menu, but also chocolate and chips are always prepared

I think it is tough to have only wine, but also beer and sweet alcohol too!

Because people ‘s favorite drinks are different, we purchased soft drinks of course(^^) / 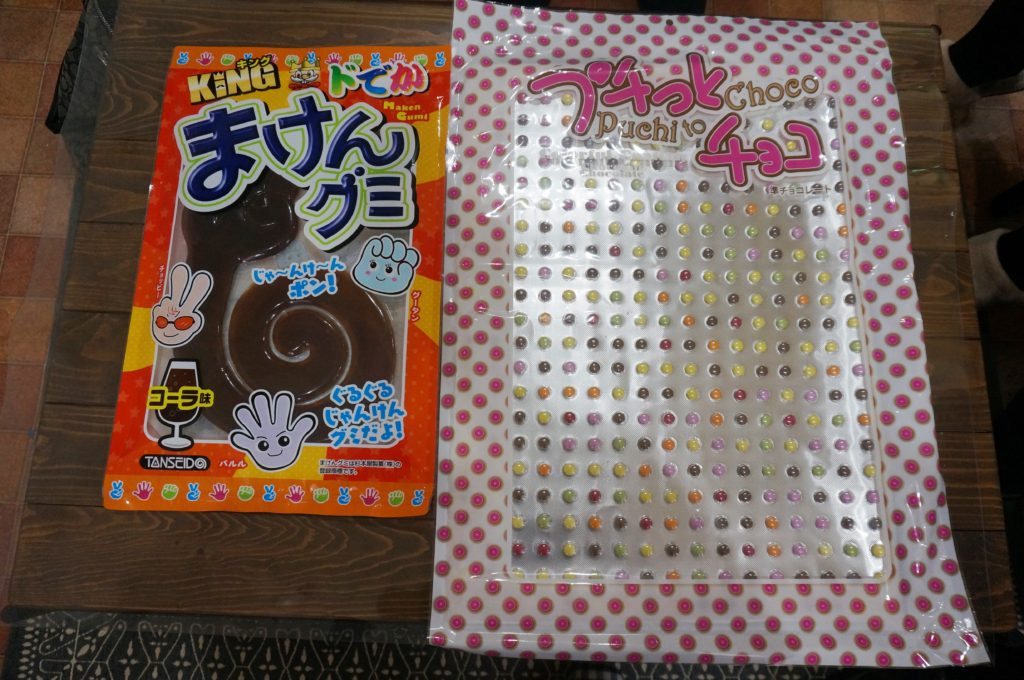 This time, not only the residents from Omori but also those from other sharehouses participated in this party!

Because JR Keihin Tohoku Line is very convenient, there were residents who came from far away.

I really appreciate it!! 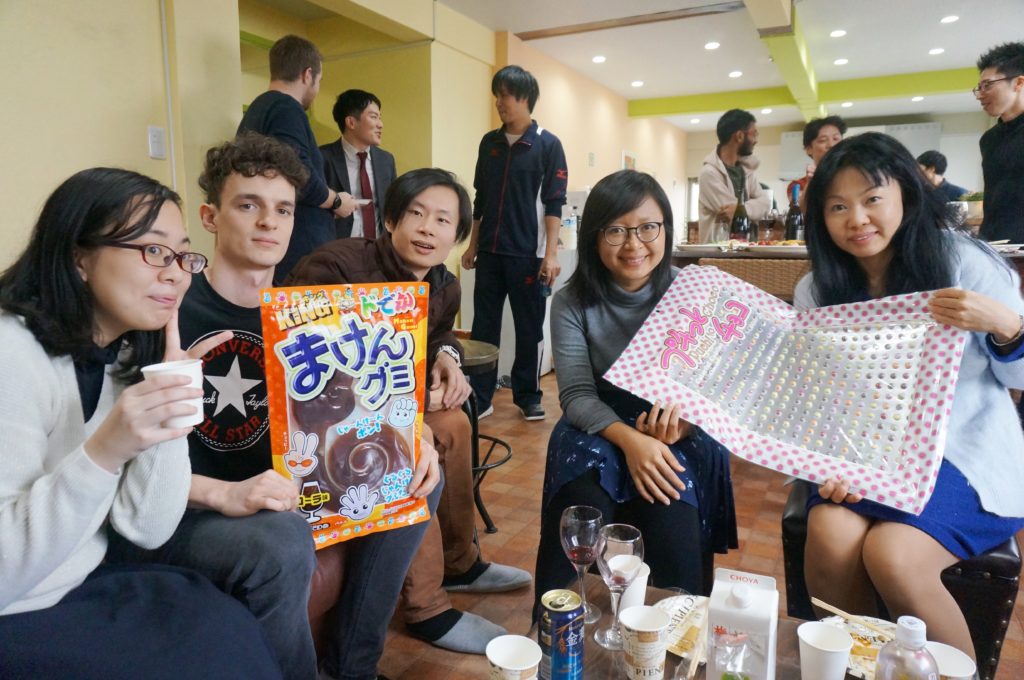 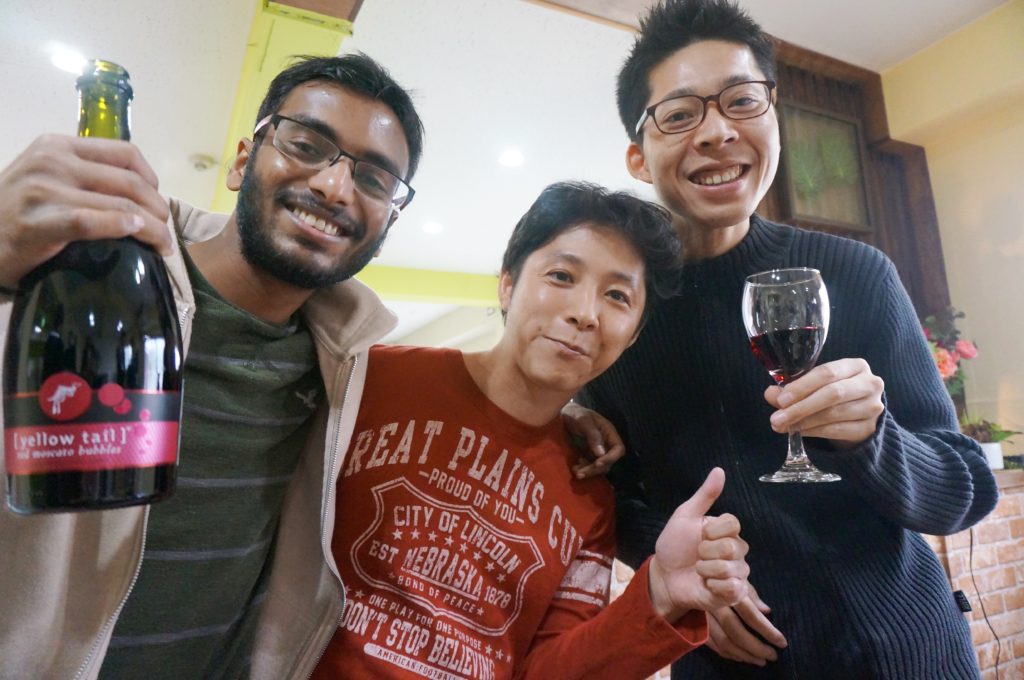 Because the size of the living room is not as wide as it is super-sized, we were recruiting participants by 20 people, so it became a nice space.

Differently living properties, it seemed to be able to communicate with each other and exchange information, so it was very good!

I felt as if there were not any hardening in the group because there were so many people for the first time.

When I see people who are not meeting or talking in everyday life are interacting, I think that it it good for me to do this job.

On the other hand, Interwhao staff… I knew that many foreigners would participate, so Takoyaki first came up with “unique to Japan!” It was also popular among residents and disappeared quickly. 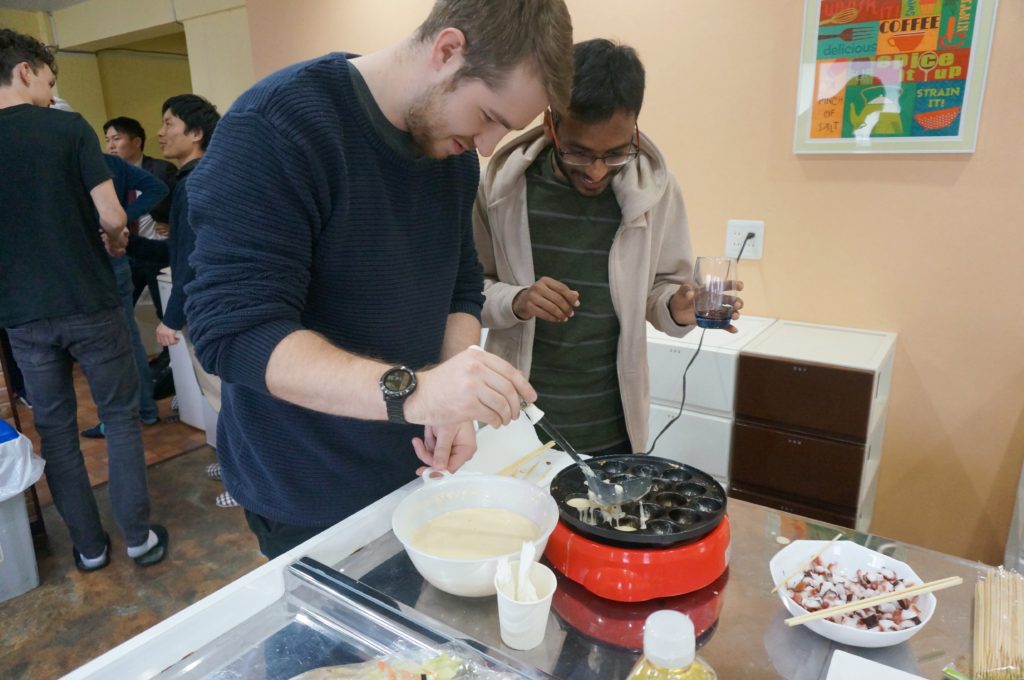 I asked the foreign participants to cooperate to make Takoyaki for the unique experience.

Alex on the left said that he had made Takoyaki before and taught Narisisma the way on the right.

I pray for being a valuable experience for them We also did a hand-rolled sushi!

I also thought that foreign people do not experience so much, so “Let’s do it!”

It seemed like everyone enjoyed it, so it was nice to prepare! 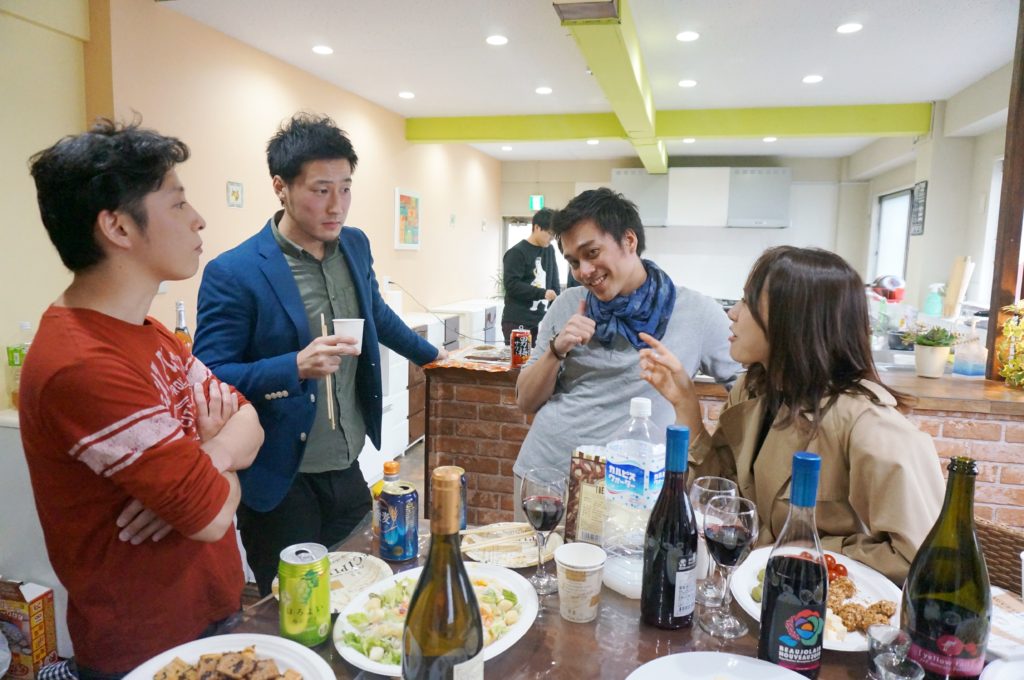 I think that I was really glad to do it! Finally one piece with everyone!

Everyone has a similar face, but at this time the camera man is shooting movies as well. Because everyone says “Interwhaw!”, everyone has become such a face.lol

Thank you for participating!

By being told “It was fun!” from everyone, it will be motivated and encouraging Mr. Narisma of a research student from India.

I truly sincerely think that I bought it!